Zzzzz-zoomies! Santana the bouncy whippet keeps her owner awake with laps around the bedroom at 1AM

By Sam Baker For Mailonline

An excited dog proved that it wasn’t quite ready to go to bed just yet by running laps around its owner’s bedroom in the early hours of the morning.

Santana the whippet was filmed by its owner racing around a bedroom at her home in Melbourne at 1am.

At the start of the footage, Santana is seen leaping onto her owner’s bed and running across it. 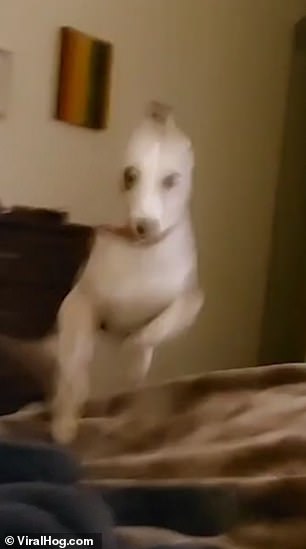 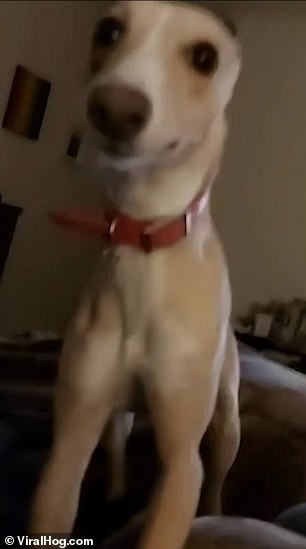 Santana the bouncy whippet races around her owner’s bedroom in Melbourne at 1am in the morning in a sudden explosion of energy, or a Zoomies

With the sound of clattering paws, she then completes a circle around the bed and hops on from the side once again before stopping dead and staring at her owner.

Not quite tired out yet, Santana leaps off the bed and races towards the bedroom door before spinning round and launching herself at her weary owner once again.

Clearly in no mood for stopping anymore, Santana starts running laps of the room, using the bed as a hurdle to be jumped over, with little regard for her owner who is trying to fall asleep.

The video of Santana was posted alongside the caption: ‘I just want to sleep.’

Speaking about the video of her dog, Santana’s owner said: ‘My cute dog being her usual hilarious quirky self. Her name is Santana and she’s an energetic little whippet.’ 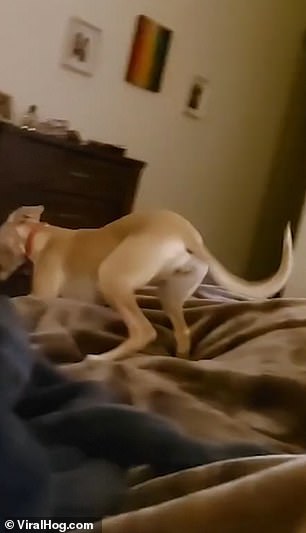 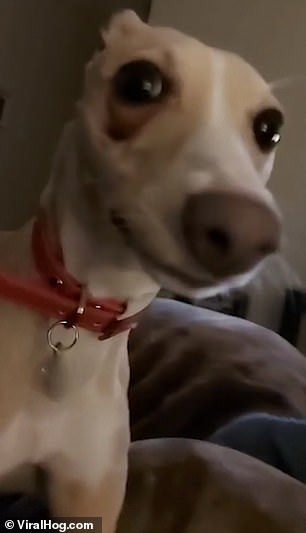 Santana runs circles around the room before hopping on and off of the bed, using it as a hurdle for her mad dash before stopping in front of her owner

The act of a dog frantically running around is known as a Dog Zoomies or a Frenetic Random Activity Periods (Frap).

The Zoomies are caused by an buildup of excess energy in the dog which they then release all in one mad burst.

The burst of energy often features frantic, repetitive behavior such as running in circles or spinning around.

It’s not uncommon for Zoomies to take place at specific times of the day such as early in the morning or late at night.

Although originally the footage was posted on August 21, it recently re-emerged after being shared on social media.