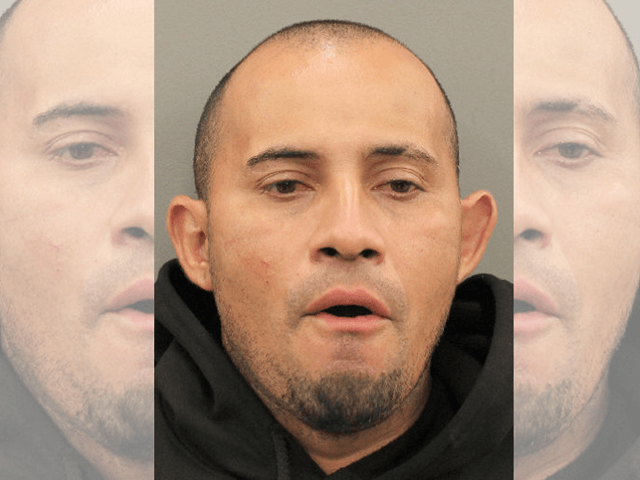 HOUSTON, Texas — A twice-deported Honduran national is facing multiple felony charges including Continuous Sexual Abuse of a Child and Aggravated Assault with Serious Bodily Injury. Police arrested the man as he reportedly prepared to flee to Honduras.

On September 10, Jose Martinez-Lopez, a 42-year-old Honduran national, entered a residence in southwest Houston and allegedly sexually assaulted a girl under the age of 13, according to information obtained from Houston Police Department officials. He then reportedly cut the girl’s throat with a box cutter, court records obtained by Breitbart Texas indicate.

Officials stated another little girl heard the victim’s cries for help. Martinez-Lopez then allegedly locked the girls in a room and set it on fire in an attempt to cover up his crimes, the official continued.

Information obtained by Breitbart Texas indicates Martinez-Lopez has been deported from the United States on at least two prior occasions and is illegally present in the U.S. at this time. Immigration officials placed a detainer on the subject, Harris County court records indicate.

The case is in the 182nd Criminal District Court, Judge Danilo Lacayo presiding. The court set bond on each of the two felony charges at $500,000, records indicate.

Univision 45’s Deysy Rios first reported the story on September 12. She reported that Martinez-Lopez entered the house and ordered one of the girls to take a bath with him. The girl complied with his order but cried out for help. Her sister responded and found the girl on the floor with her neck bleeding.

The report states that Martinez-Lopez allegedly poured gasoline on the bed and throughout the apartment and set it on fire.

Rios also reported that the subject bought a plane ticket to Honduras but missed the flight. He then allegedly attempted to obtain another ticket. Police officers placed him in custody at that time.

The Houston Police Department disclosed that a neighbor responded to the cries for help and rescued the girls from the blaze. The assaulted girl was placed in a medically induced coma at a hospital, the official confirmed.

Breitbart Texas reached out to the Harris County District Attorney’s office for additional information about the case and to U.S. Immigration and Customs Enforcement’s Enforcement and Removal Operations field office in Houston. An immediate response was not available.

Bob Price serves as associate editor and senior news contributor for the Breitbart Texas-Border team. He is an original member of the Breitbart Texas team. Price is a regular panelist on Fox 26 Houston’s What’s Your Point? Sunday-morning talk show. Follow him on Twitter @BobPriceBBTX and Facebook.