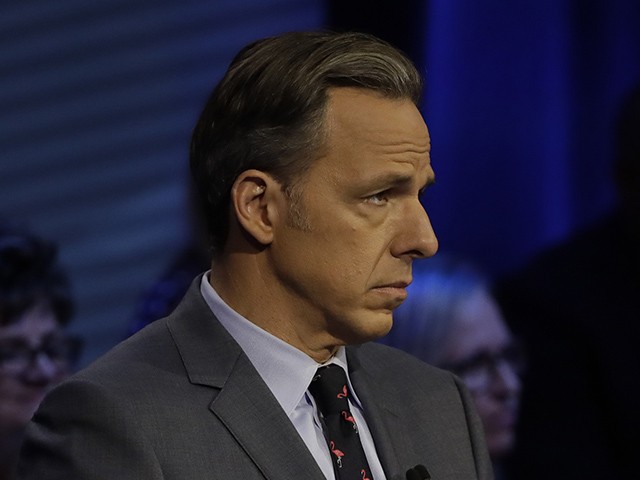 Trump retweeted a GIF from on Tuesday morning that included the hashtag “#PedoBiden.”

Tapper said, “The images and the substance from the White House today, they were really powerful and presidential. But I have to say President Trump started today by re-tweeting a deranged and disgusting lie about Joe Biden. Just the absolute worst kind of smear someone could ever make. That’s also part of his legacy today.”

CNN White House correspondent Abby Phillip said, “Yeah, absolutely, Jake. I think that this is one of those cases where the president once again is simply re-tweeting things that he thinks are in his favor and that oppose his opponent without looking at the substance of it or not caring about the substance of it. And in this case, this was a vile conspiracy theory lie that is actually pretty dangerous. And his own government says that it’s dangerous. A couple of days ago, I said the Republicans are kind of flirting with this whole QAnon conspiracy theory, which is part of what the president re-tweeted today, but it seems as though they are full-fledged holding hands going steady with this conspiracy theory because the president does not want to offend the people who believe in it who might support him. I think that’s pretty irresponsible going into this election cycle.”

Tapper said, “It’s just amazing when you think about all the times that Republicans asked for the record to be corrected when the New York Times or whoever makes a mistake. It’s just astounding that this gets no comment from them at all.”