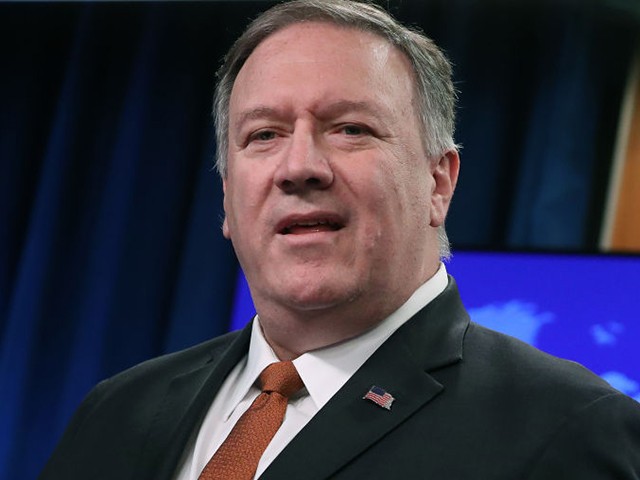 This follows a February 29th agreement between the United States and the Taliban that created the conditions necessary to begin the peace process and the end of the war. In Afghanistan now — which is Americas’s longest war at 19 years — we look at the the polling, the public wants to bring our boys and girls home. They want to end this war, and President Trump promised to do that in the 2016 campaign. Now, he’s delivering on that promise.

It also sets up a big contrast between President Trump and Joe Biden. Even though Barack Obama promised twice and failed to deliver in 2008 and in 2012 that he would end the war in Afghanistan, he never did that. He actually surged troops. He kept sending more of our boys and girls over there to give their lives, their blood, and our treasure to this war that has lasted 19 years, now. President Trump promised it in 2016. He’s actually delivering on it.

Joe Biden, as we were on our way over there, came out and said that he wants to keep 2000 troops in Afghanistan in perpetuity. So again, if you want war — endless war — and more American lives to be lost and more of our money wasted over in Afghanistan, then vote for Joe Biden. If you want to end the war, if you want to put America first, then President Trump’s your guy.

“These talks signify that the United States is on track for a full withdrawal of U.S. Troops from Afghanistan by April or May on 2021,” reiterated Boyle.

On Thursday, Biden said he would keep an enduring U.S. troop presence in the Middle East if elected president.

Weeks ago, Biden falsely stated to have pinned a medal on a Navy officer with his oft-repeated refrains, “not a joke,” “this is the God’s truth,” and “my word as a Biden.”

Boyle highlighted Trump’s recalibration of foreign policy towards the Middle East relative to his predecessor, specifically Trump’s and Obama’s divergent views on Iran.

Boyle concluded, “The Trump administration’s vision of actually focusing on the fact that Iran is the leading — the Islamic Republic of Iran — is the leading cause of chaos and instability in the region, which is a very different focus than Barack Obama and Joe Biden, who sent them pallets of cash through the JCPOA , one of the weakest agreements in history that — thank God — President Trump pulled us out of. [Trump’s] approach to Iran has laid  the groundwork for all of this at that’s happening in the Middle East and there are bright days ahead assuming President Trump gets four more years.”

The Michael Berry Show, which broadcasts from NewsRadio AM 740 KTRH in Houston from 8:00 a.m. to 11 a.m. and then nationwide from 5 p.m to 7:00 p.m. Central, is also is available any time nationwide via iHeartRadio.