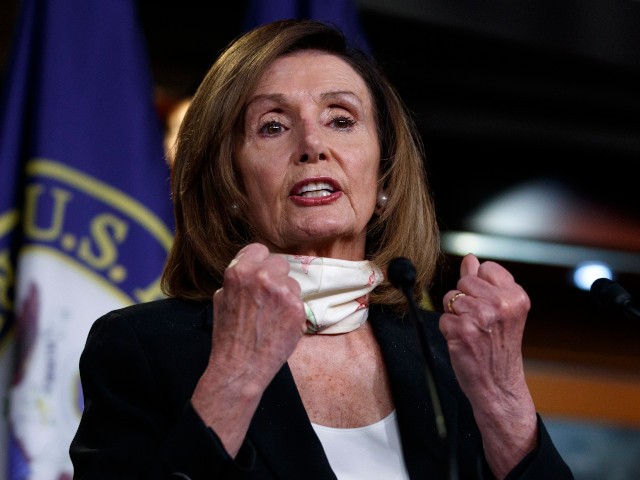 When asked if Trump is engaged in voter suppression, Pelosi said, “Yes, indeed. I think that’s exactly what his purpose is. It’s to say why should you vote, your vote will not be voted as cast. It’s a tactic that must be ignored. Leader Schumer and I are writing to our colleagues about this very subject that again undermines the legitimacy of our elections, and it’s in Putin’s style, and Putin likes to discredit democracy, ours, or others around the world. The president is being an accomplice in that and what he is saying.”

She continued, “In under 60 days we’ll have the election and have the results, and we want to have people know they can vote and not have to risk their health in order to cast their vote. No matter what the president says about vote twice, everybody should know that’s wrong, and he has been told that. Even though his attorney general again is a henchman of the president in that regard. It pains me to say that on a prayerful Sunday morning, but nonetheless, the facts must be faced.”

She added, “I don’t know what Putin has on the president politically, personally or financially. We’ll find out when we see the president’s tax returns, but I do know he has engaged in these kinds of activities in other countries in order to discredit democracy in order to discredit democracy. And that our own president should be an accomplice to that just raises so many questions.”