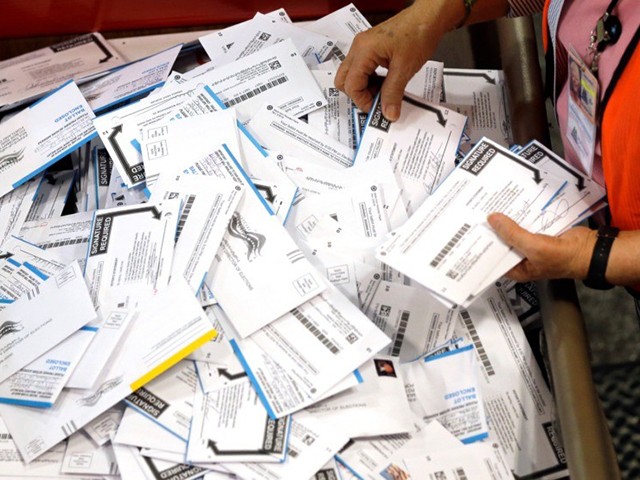 True the Vote, an election integrity group, is filing suit against Montana Gov. Steve Bullock (D) for giving counties the option to conduct universal mail-in voting for the 2020 election.

On August 6, Bullock issued a directive allowing Montana counties to opt in to conducting universal mail-in voting for the November 3 election. As of last month, nearly 40 counties have said they will conduct a full mail-in voting process for the election.

True the Vote, as Breitbart News has learned, is now filing a lawsuit against Bullock on behalf of several Montana voters, two candidates running for state seats, and a local Republican Party office. President Trump’s campaign and the Republican National Committee (RNC) are suing as well.

“Democratic government officials and candidates, such as Governor Bullock, are spearheading a national effort by the Left to dispense with any notion of fairness in elections,” True the Vote President Catherine Engelbrecht said in a statement.

“By authorizing an all-mail election two months before election day, Governor Bullock has invited more voter disenfranchisement and election fraud into the process and blatantly disregarded the rights of Montana voters to push through his own political agenda to run for U.S. Senate,” Engelbrecht continued.

The lawsuit argues that Bullock’s directive violates the United States Constitution requirement that state legislators issue rules as to how state elections involving federal candidates are conducted, not a governor.

Also, the lawsuit alleges that voters’ voting rights will be violated by a universal mail-in voting option for counties, as they may increase the likelihood of illegal voting and lost votes. Additionally, the suit alleges that counties choosing in-person voting will have their votes diluted by counties choosing universal mail-in voting, an equal protection violation.

The lawsuit comes as True the Vote has already filed suit against the state of Nevada after Secretary of State Barbara Cegavske (D) imposed a universal mail-in voting policy for the 2020 election.

Primary elections held in crucial swing states like Wisconsin have revealed major issues with mail-in voting. Data from 11 cities in Wisconsin, published in May, shows that at least 30,000 mail-in votes were counted after election day.

Recent data has not shown a compelling public health justification for mail-in voting. In Wisconsin’s April election, only 52 of more than 400,000 voters and poll workers were confirmed to have contracted the Chinese coronavirus. None of those cases were fatal. This equals an infection rate below two-hundredths of one percent.