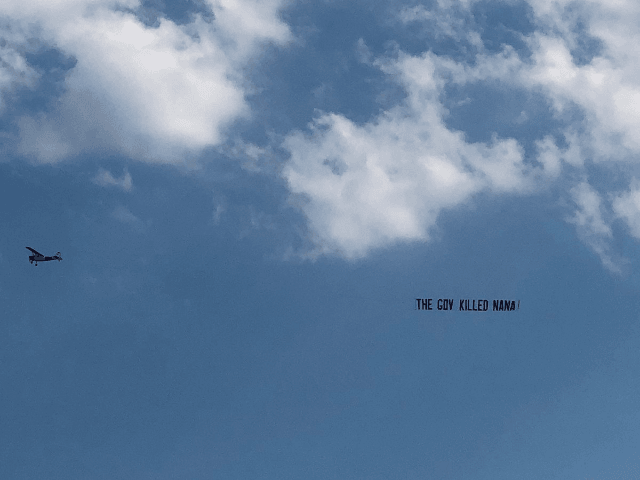 The banner, towed behind a small propeller plane, read like a shoreline advertisement, except with the words, “THE GOV KILLED NANA.”

His executive order led many to believe that it was at least partially the cause for the spike in nursing home coronavirus deaths in New York.

One person visiting Rockaway Beach for the day told the New York Post that when the plane went by people applauded the sign and took pictures.

“The people were going crazy,” the beachgoer said. “[Cuomo] is nothing but a liar, condescending and miserable person. His carelessness caused the death of a lot of people unnecessarily.”

Cuomo’s spokesperson Rich Azzopardi brushed off the stunt as nothing more than something concocted by a group of “conspiracy nuts.”

“Everyone knows this governor has worked day in and day out to protect all New Yorkers and that’s why these sad politically motivated lies always land with a thud and I have no comment on how conspiracy nuts want to waste their money,” he said in a statement.