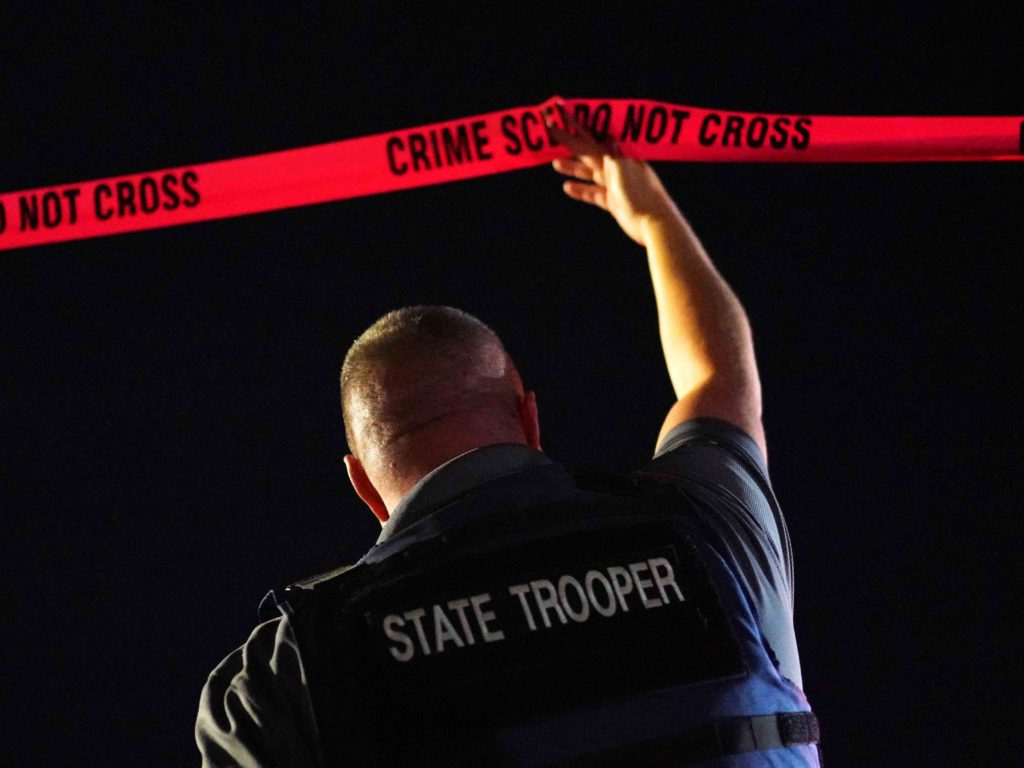 Police in Portland reported that Antifa supporter Michael Forest Reinoehl appeared to target Trump supporter Aaron “Jay” Danielson in last weekend’s shooting, lurking in the alcove of a parking garage before emerging to shoot his victim.

Reinoehl was killed in a confrontation with federal law enforcement in Washington state on Thursday. He was armed.

Surveillance footage from the parking garage adjacent to the scene of the crime last weekend showed Reinhoel “emerging from an alcove of a parking garage before firing two gunshots, one that hit the man’s bear spray can and the other that proved fatal,” according to the Oregonian, which reviewed an affidavit filed by police that was unsealed after Reinhoel’s death.

Reinoehl is seen hiding in an alcove of the garage and reaching into a pouch or waistband as Danielson and a friend, Chandler Pappas, walk south on Third Avenue.

Homicide Detective Rico Beniga wrote that Reinoehl “conceals himself, waits and watches” as Danielson and Pappas pass him.

After the two men go by, Reinoehl followed them, walking west across the street moments before the gunshots were fired, police said.

Investigators said it appeared as if Reinoehl stood holding his gun with both hands extended when he fired. After the shots, his right hand remained extended and pointed at Danielson before he turned to run away, police said.

Police said that Danielson was armed with a handgun but attempted to defend himself with bear spray before being shot.

Reinoehl was described as living in a basement rental unit. He had been arrested on July 5 for bringing a loaded gun to the Black Lives Matter protest-turned-riot outside the federal courthouse in Portland, but faced no jail time. His gun had been confiscated but he appears to have asked his son to obtain another weapon for him, according to the Oregonian.

Police also asked for the public’s help in identifying an additional potential witness; they announced Saturday that the man had been identified and found, thanks to tips from the community.

Joel B. Pollak is Senior Editor-at-Large at Breitbart News and the host of Breitbart News Sunday on Sirius XM Patriot on Sunday evenings from 7 p.m. to 10 p.m. ET (4 p.m. to 7 p.m. PT). His new book, RED NOVEMBER, tells the story of the 2020 Democratic presidential primary from a conservative perspective. He is a winner of the 2018 Robert Novak Journalism Alumni Fellowship. Follow him on Twitter at @joelpollak.