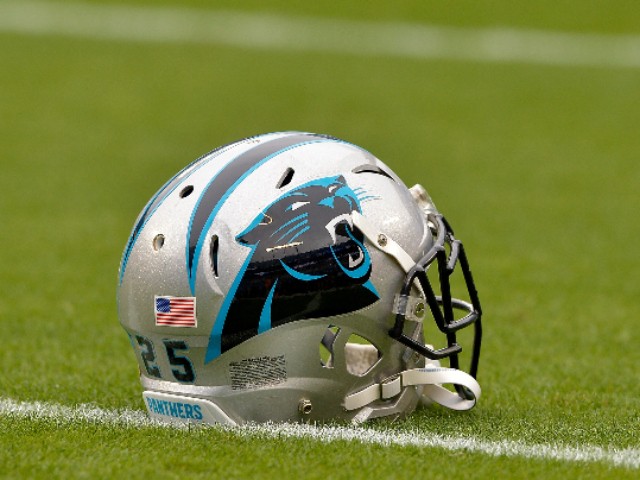 A Spanish-language broadcaster for the Carolina Panthers, says he felt pressured to leave his job because the team is upset that he is a supporter of President Donald Trump.

Luis Moreno, Jr., who has be a broadcaster for the team for a decade, says that the team was unhappy with his open support of Donald Trump, the Charlotte Observer reported.

Moreno told the paper that he began openly supporting Trump on his personal Twitter account this Spring, and at one point, he was tagged along with several other Trump supporters in a tweet. That tagging seemed to have spurred the team to come down on the broadcaster.

The announcer said that he was contacted about his tweets by Eric Fiddleman — the Panthers’ radio and television affiliate manager and Spanish-language radio general manager.

Moreno said that Fiddleman told him to remove information pertaining to his work for the team from his personal Twitter and other social media accounts. Moreno says he complied with the request.

Fiddleman reportedly contacted Moreno again in the summer, but this time to tell him to stop his political tweets. “If what they want me to do is stop supporting the president, I’m not gonna do that,” Moreno said, he told Fiddleman.

The broadcaster was particularly incensed because he is an independent contractor and not a direct employee of the team, so he did not feel they had the right to tell him what to do in his personal life.

Moreno further charged that Steven Drummond, the Panthers vice president of communications and external affairs, refused to speak with him about the issue of his social media posts and support for Trump.

“I’m hurt,” Moreno told the paper. “Because this has nothing to do with my performance on-air. This has nothing to do with how good I am at what I do. I’m one of the best, and I’ll put myself against anybody in the country when it comes to what I do in Spanish. None of my support for the president was done on any of their social media pages, it was never done on any of the airtime — whether it was a podcast or a broadcast or anything related to the Panthers. This was solely on my personal time on my personal accounts.”

Moreno added that he won’t return to work unless the team says he is free to advocate for whomever he supports politically. “I am not OK with them censoring my freedom of speech in support of the president,” he added.

Moreno later thanked his fans, supporters, and well-wishers after the paper’s article came out.

I am well aware that the silent majority is relying on brave people to help voice their concerns. You can always count on me.🇺🇲

I also want to thank Théoden Janes, of the Charlotte Observer, for sharing my story.
I stand by every word that I have said regarding this matter.