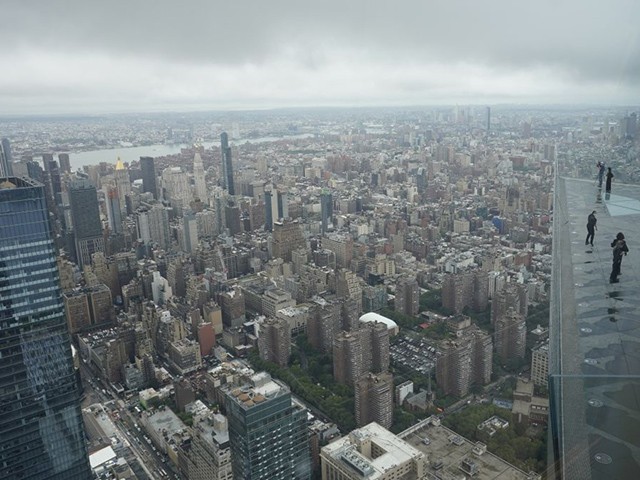 An unnamed gunman killed a 62-year-old New Yorker who was walking his dog in Brooklyn on Monday morning, as rising shootings continue to plague the Big Apple.

Brooklyn’s Michael Scully, 62, was shot while walking his dog on Monday morning. Police said Scully was shot at point blank range in the head and shoulders after an argument with his killer on 74th Street near Seventh Avenue in Bay Ridge. Although he was rushed to NYU Langone Hospital-Brooklyn, he was pronounced dead upon arrival.

The community is reeling from the news, describing the victim as a good and well-loved neighbor. “Michael Scully was 62 years old. He was a God-fearing man. He was a staple of this community,” childhood friend Danny Barreto told CBS New York. “I just wish the world had more Mike Scullys because they deserve people like him around here who take care of the community,” Barreto said. “He had no boundaries on taking care of people, and for somebody to shoot him for no apparent reason, it’s insane.”

“He was a great guy,” longtime friend William Mendez told the New York Post. “We had Super Bowl parties at this house. I helped him move in. He loved salsa dancing just a fun-loving guy. This is terrible. Who gets shot walking their dog? He has five dogs and I am worried who is taking care of them. They gotta catch whoever did this.”

Unfortunately, killings like this are becoming commonplace during a summer in New York City plagued with violent gun-related crimes. All told, eight shootings with eight victims were reported for the day. This marks the 14th straight week of surging violence, with 1,288 people had shot in 1,054 separate incidents over the course of the summer.

“It’s unfortunate that we’ve had another violent weekend across NYC leading up to Labor Day. I am shocked and angry to learn that a 60-year-old man was shot and killed in Bay Ridge this morning while walking his dog,” state Assemblywoman Mathylde Frontus (D) wrote in a Facebook post on Monday.

“I just got off the phone with the 68th precinct and understand that this shooting is still being investigated. I will share more information as I receive it,” she said. In a later update, Frontus expressed her own concerns. “This story is really upsetting because we all deserve the freedom to walk our pets in peace without the fear of losing our lives.” She also used the space to advocate for stricter gun control measures:

There are a plethora of factors that contribute to gun violence in our society not the least of which includes the accessibility of guns in our communities. Too many people are carrying illegal firearms and using them to intimidate and harm others over the smallest and pettiest of issues.

“We’ve got to limit who can get their hands on a gun and also change the toxic thinking that comes with wanting to use it in the first place,” she said.