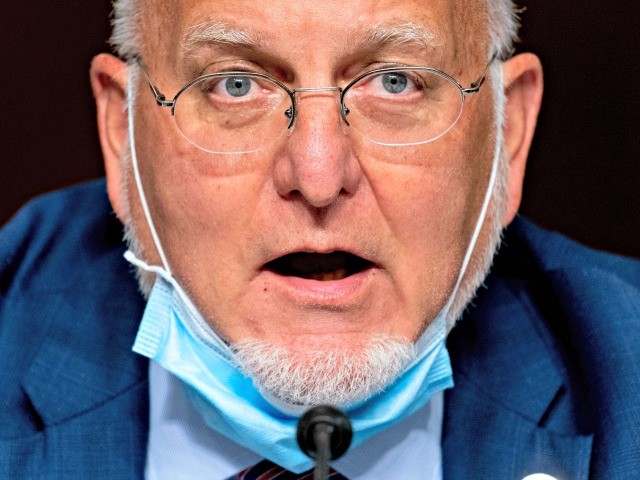 “At no time has the scientific integrity of the MMWR been compromised, and I can say that under my watch, it will not be compromised,” Dr. Redfield told Senators on Wednesday, further stressing:

We’re going to continue to give Congress and the nation the best public health advice. We’re not going to let political influence try to modulate that. … I will stand by the men and women that are the scientific experts. They are there to do their job to express what they know in a way that can be interpreted to the American public.

The officials’ denial, however, fell on deaf ears.

“I hear you, but I do think Congress needs to make it clear that there’s no political interference,” Sen. Patty Murray (D-WA), the top Democrat on the panel holding the hearing, declared.

The allegations of political interference stemmed from Politico’s article claiming that HHS political appointees have tried to review, alter, or halt the MMWRs to align with the president’s messaging on the virus.

Career scientists at CDC, an HHS component, write the weekly reports, which are primarily consumed by their counterparts and medical workers, epidemiologists, and researchers.

As the senior scientific advisor of the HHS secretary, Dr. Giroir said it is his job to ensure he gets “unfiltered” scientific evidence.

“I will provide the best advice to the decision-makers that will be based on science and evidence,” he added.

Drs. Redfield, Giroir, and Bob Kadlec, the assistant secretary for preparedness and response at HHS, all responded “no” when Sen. John Kennedy (R-LA) asked if any Trump administration officials were interfering with the government’s response to the virus for political benefit.

Democrats have seized on the Politico report to lambast Trump’s efforts to combat COVID-19.

House Democrats have also launched a probe into the allegations that political appointees at HHS sought to review and alter the CDC’s weekly MMWR scientific reports about the Chinese virus.