Phil Foden and Mason Greenwood paid an inside man to help them smuggle two Icelandic girls into their hotel room whilst in England duty, according to The Sun.

The pair reportedly paid a hotel worker to help them sneak the girls in despite the strict coronavirus protocols banning visitors.

Both the Manchester United and Man City stars were caught after footage leaked online from the girl’s snapchat of them having made it to their room and spending the night at the England team hotel.

The Icelandic girls, one of whom is 20-year-old model Nadia Sif Lindal Gunnarsdottir (pictured), were snuck into the hotel by a member of staff who was paid for their trouble

Gareth Southgate expelled the two shamed youngsters from the squad and sent them home due to their breach of the Covid-19 social distancing guidelines.

Foden and Greenwood have since issued apologies for their actions having returned back to Manchester just days after both making their debut for the national side.

City midfielder Foden started the Iceland match for the Three Lions, whilst Greenwood came on as a second-half substitution as England scraped a 1-0 victory in stoppage time. 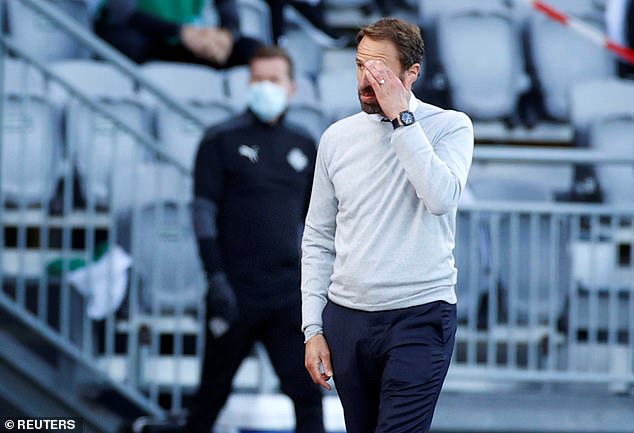 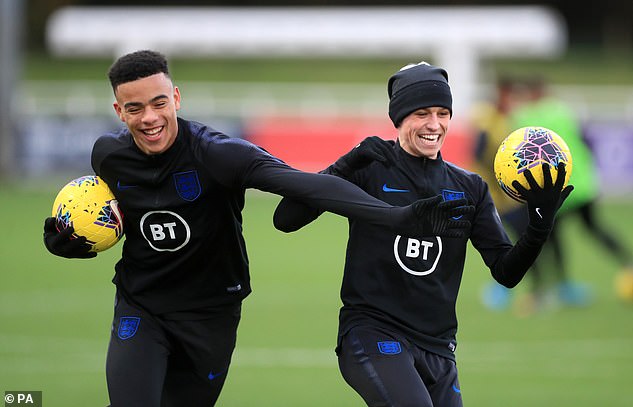 Their rendezvous with the two girls, model Nadia Sif Lindal Gunnarsdottir, 20, and her cousin Lara Clausen happened after the match as the team began preparations for their second Nations League match against Denmark.

The next morning, according to reports, the England physio collared the two players before they met up with the rest of the squad for breakfast.

Had they not been stopped by the physio, they could have caused a huge Covid-19 breach and caused the Denmark match to be thrown into jeopardy over safety concerns. 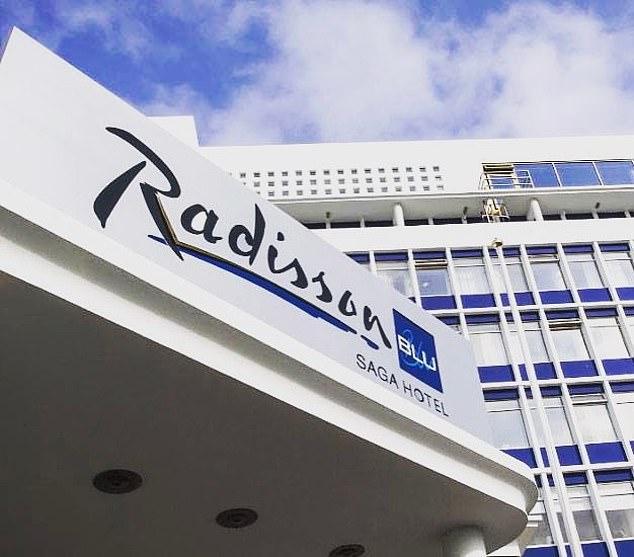 According to a source, an employee at the Radisson Blue ‘received a very generous tip’

A source, reported by The Sun, said: ‘They were very keen to meet the women and needed help from an employee, who received a very generous tip.

‘There cannot be any doubt they knew what they did was wrong. All the rules had been drummed into them.

‘There was less security than usual travelling as no fans were allowed in the stadium and the players took advantage of that.’

Southgate labelled the pair as ‘naive’ as he spoke out for the first time since banishing them from his squad. However, the source revealed he was ‘absolutely furious’ with them.

The source added: ‘The manager has been measured in public but is absolutely furious with them. They can expect to be banished from the next couple of squads.’

A separate source said Greenwood and Foden were stopped by a physio from joining team-mates at the Radisson Blu Saga Hotel. 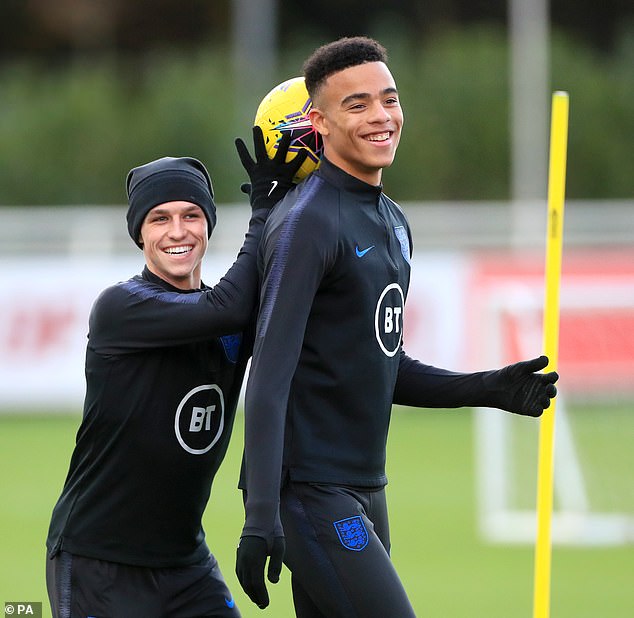 The second source said: ‘If they had breakfast with the lads, it could have led to the Denmark game being called off.’

Both were fined £1,360 by police in Iceland for their Covid breach.

During their time together, Foden failed to tell the girls that he had a girlfriend and child at home, according to The Mirror, with both females not familiar with his background or pedigree.

Lara Clausen, the cousin and friend to the beauty queen, revealed she was unaware of Foden’s relationship and one-year-old child back home, as she said: ‘Many have said to me that he has a girlfriend and a child. I did not know.

‘I did not Google the person before I went to meet him. I feel for everyone around him – family, girlfriend, team-mates and him, too. It is an honour to play with the national team. 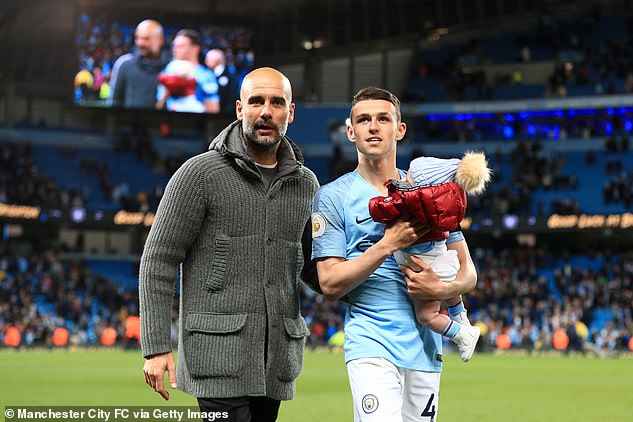 According to the Mirror, Foden did not tell the girls about his girlfriend and child (pictured)

England boss Southgate said the their behaviour was a ‘puzzle’ as he explained that he knew they had to act quickly once they found out the news.

Southgate said: ‘I do not really understand how players could have felt that behaviour was acceptable. That is a puzzle to me.

‘What is clear is that we are talking about a Covid breach. When we knew about that, we had to act quickly.

‘What has emerged since is that whether it was Covid or not, they would have been going home. Everyone has to be aware that is not going to be tolerated in an England camp.’ 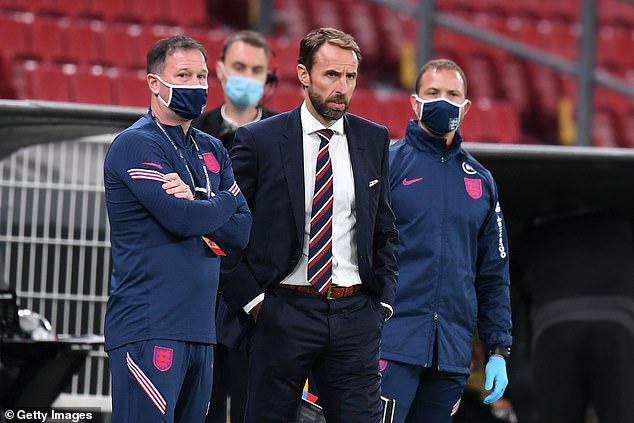 After a rather stressful international break for the England manager, following Harry Maguire’s arrest and court case in Greece, he praised the rest of his squad’s effort as they drew 0-0 with Denmark.

‘It’s been a pretty normal week, as far as I can see!’ he added. ‘I am resilient to it, really. I was determined to see that we came out of here with something.

‘We were not going to fold. We showed we were a team of men. We should not have been playing, frankly. I have to praise the effort of everyone. The last three weeks have been mayhem.’

Greenwood broke his silence after landing back in the UK following his exile from the Three Lions camp.

In a statement released on United’s website, Greenwood said: ‘Having now had the chance to reflect on what’s happened, I can only apologise to everyone for the embarrassment I have caused. 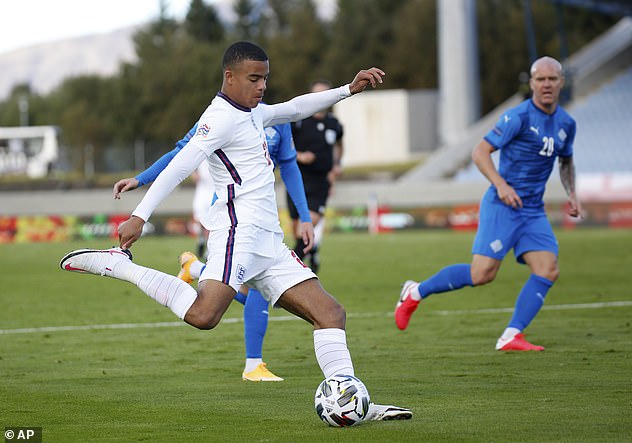 ‘It was irresponsible of me to break the Covid-19 protocols which are in place to protect players, staff and the public. In particular, I want to apologise to Gareth Southgate, for letting him down, when he had shown great trust in me.

‘Playing for England was one of the proudest moments in my life and I only have myself to blame for this huge mistake. I promise my family, the fans, Manchester United and England that this is a lesson I will learn from.’

Meanwhile, Foden took to Twitter to an issue an apology.

He said: ‘Following the story which has emerged today regarding my actions in Iceland, I want to make a full apology. 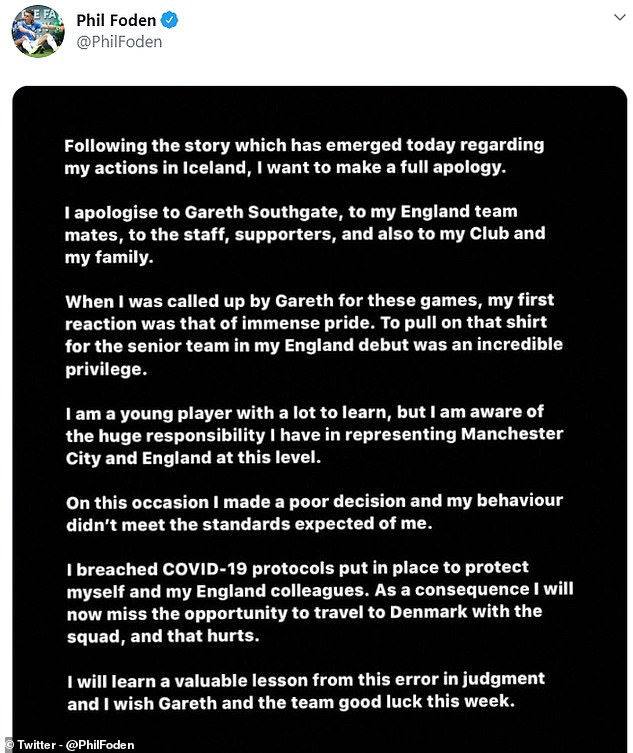 ‘I apologise to Gareth Southgate, to my England team mates, to the staff, supporters, and also to my Club and family.

‘I am a young player with a lot to learn, but I am aware of the huge responsibility I have in representing Manchester City and England at this level.

‘On this occasion I made a poor decision and my behaviour didn’t meet the standards expected of me.

‘I breached Covid-19 protocols put in place to protect myself and my England colleagues. As a consequence I will now miss the opportunity to travel to Denmark with the squad, and that hurts.’