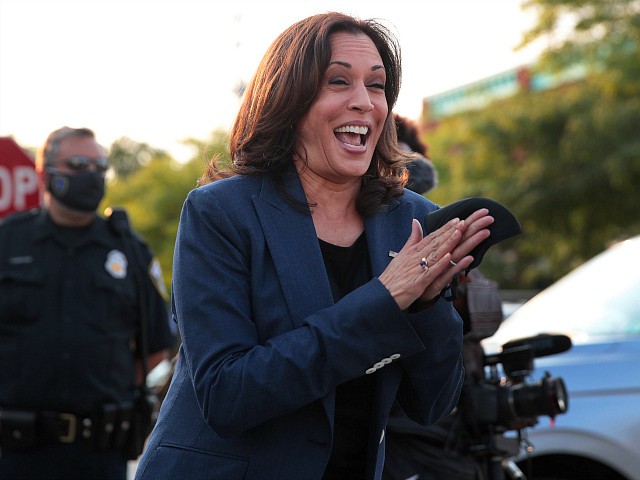 President Donald Trump on Tuesday said that it would be an insult to America if Sen. Kamala Harris (D-CA) was the first woman president.

The president spoke about Biden and Harris during a campaign rally in Winston-Salem, North Carolina, on Tuesday evening.

Trump appeared puzzled that former Vice President Joe Biden selected Harris as his running mate but said that he was past his prime.

“Biden has now formed an unholy alliance with the most extreme and dangerous element of the radical left,” he continued. “You know that.”

Trump mocked the California senator’s poll numbers in the Democrat presidential primary where she started at 15 percent and then fell to low single-digits. He also noted that Harris exited the race before the primary elections even started.

“Sort of interesting that they picked her,” Trump mused. “Because in theory, they should be able to run in California.”