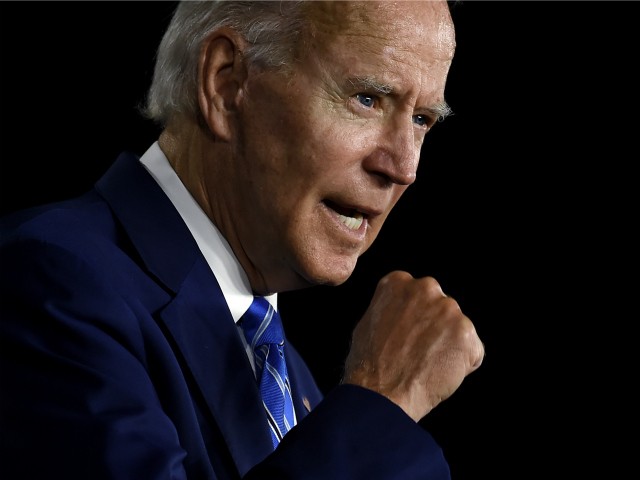 Democrat presidential candidate Joe Biden is promising Wall Street donors the economic status quo that they became used to before President Donald Trump’s administration, according to a report.

An investment banker on Wall Street told the Washington Post that in private calls with financial executives two months ago, Biden’s campaign assured them that talk of populist reforms on the campaign trail was nothing more than talking points.

When Joe Biden released economic recommendations two months ago, they included a few ideas that worried some powerful bankers: allowing banking at the post office, for example, and having the Federal Reserve guarantee all Americans a bank account. [Emphasis added]

But in private calls with Wall Street leaders, the Biden campaign made it clear those proposals would not be central to Biden’s agenda. [Emphasis added]

“They basically said, ‘Listen, this is just an exercise to keep the Warren people happy, and don’t read too much into it,’” said one investment banker, referring to liberal supporters of Sen. Elizabeth Warren (D-Mass.). The banker, who spoke on the condition of anonymity to describe private talks, said that message was conveyed on multiple calls. [Emphasis added]

In a statement to the Post, Biden’s campaign downplayed the influence of Sen. Bernie Sanders (I-VT) and Sen. Elizabeth Warren (D-MA) — left populists on trade and economic policy — on the former vice president’s agenda.

“The Biden-Sanders task forces made recommendations to Vice President Biden and to the [Democrat National Committee] platform drafting committee,” Biden spokesperson TJ Ducklo said. “This anonymous source appears to be confused and uninformed about this very basic distinction.”

The report comes as Biden told AFL-CIO members on Labor Day that he will be the “strongest labor president” union workers “have ever had.”

“You can be sure you’ll be hearing that word, ‘union,’ plenty of times when I’m in the White House,” Biden pitched. “The words of a president matter. Union. We’re going to empower workers and empower unions.”

In the Democrat presidential primary, Biden told a group of rich Manhattan donors at a private fundraiser that “nothing would change” for them or their wealthy lifestyles if elected.

“I mean, we may not want to demonize anybody who has made money,” Biden said at the June 2019 fundraiser.

The Biden-Harris ticket has elated Wall Street so much that for the first time in a decade, more financial executives are donating to the Democrat candidates than Republicans, the latest Center for Responsive Politics analysis reveals.