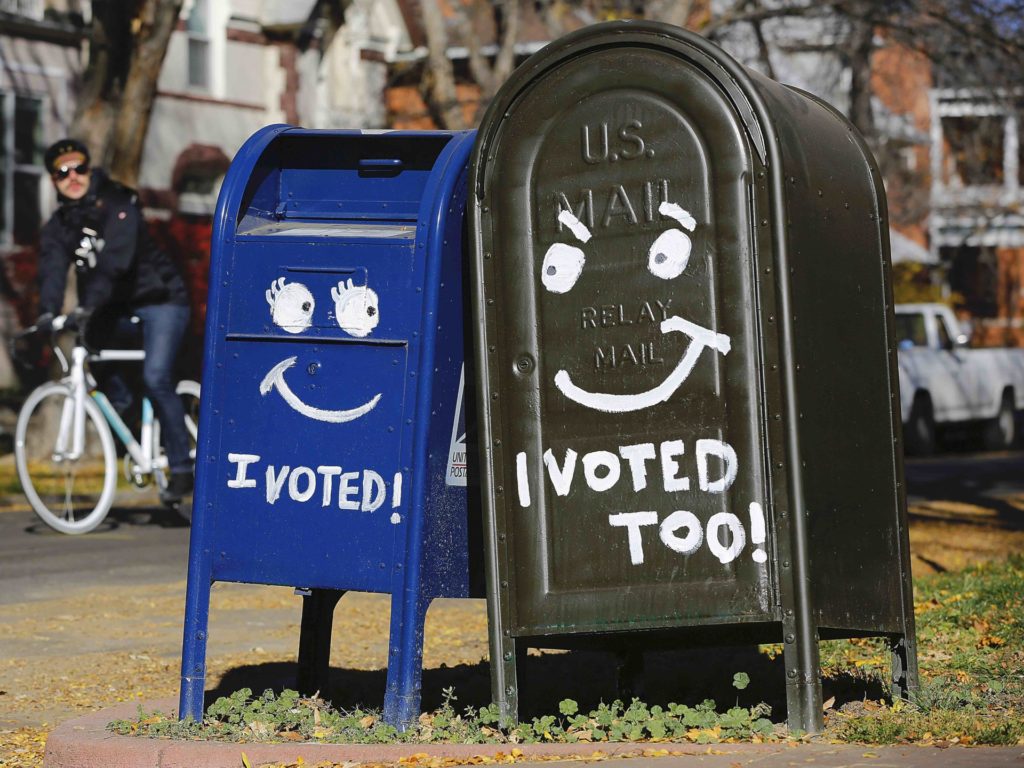 VERDICT: FALSE. This is a conspiracy theory that has has long been debunked.

Former Vice President Joe Biden told an AFL-CIO virtual town hall meeting on Monday that one of the reasons President Trump opposes granting the U.S. Postal Service “$25 billion in emergency funds it needs to keep running” is that he is trying to undermine the delivery of mail-in ballots.

“You know, one of the reasons why he doesn’t want to do that — he wants to make sure those mail-in ballots don’t get where they’re supposed to get,” Biden claimed.

There is no evidence to support Biden’s claims whatsoever.

Biden’s claims reprise a conspiracy theory that Democrats — including Biden — promoted last month, arguing that the Trump administration was having mailboxes removed so that people could not vote by mail.

As Breitbart News noted: “The truth is that the mailboxes were removed because mailboxes are always being removed. At least 14,000 were removed during the Obama-Biden administration.”

Postmaster Louis DeJoy attempted to allay Democrats’ hysteria by announcing that no further changes to postal services would be made before the November election.

Moreover, Trump told reporters last month that he was open to compromise on funding for the USPS.

During a White House news briefing, Fox News’ John Roberts asked Trump whether he would accept an additional $25 billion for the Postal Service and over $3 billion that could be used for mailing ballots if Congress were to approve his administration’s coronavirus relief proposals.

Trump responded: “Sure, if they give us what we want.”

Biden’s claim is false, and appears to be simply a way to attack the president and motivate Democratic voters.

Joel B. Pollak is Senior Editor-at-Large at Breitbart News and the host of Breitbart News Sunday on Sirius XM Patriot on Sunday evenings from 7 p.m. to 10 p.m. ET (4 p.m. to 7 p.m. PT). His new book, RED NOVEMBER, tells the story of the 2020 Democratic presidential primary from a conservative perspective. He is a winner of the 2018 Robert Novak Journalism Alumni Fellowship. Follow him on Twitter at @joelpollak.