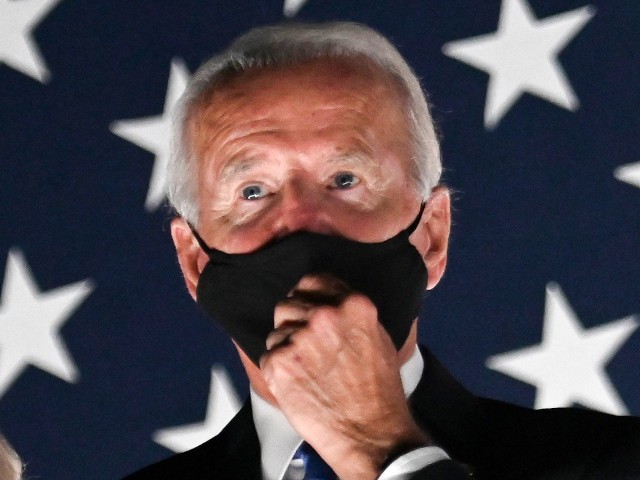 Joe Biden admitted on Monday that his own proposed national mask mandate is unconstitutional.

Biden has repeatedly called for a federal mandate, often using it as an example of what he would do differently about the coronavirus than President Trump, whom Biden claims “failed to act.”

But he told CBS 5 in Arizona, “There’s a constitutional issue whether the federal government can issue such a mandate.”

Biden now says a national mask mandate is probably unconstitutional and he wouldn’t do it.

This is a full 180-degree reversal. pic.twitter.com/cSxo6Q5LCD

He added, “I don’t think constitutionally they could, so I wouldn’t issue a mandate.”

On Wednesday, he denied ever calling for a mandate and claimed he was a “constitutionalist.”

He said he would ask governors, mayors, county executives — anyone in authority — to impose one.

“I’m a constitutionalist,” Biden declared. “You can’t do things the Constitution does not allow you the power to do.”

During the Democratic National Convention, Biden explicitly called for a national mask mandate.

“We’ll have a national mandate to wear a mask,” he said.

Biden even linked wearing a mask to being patriotic.

The week prior, Biden called for mask-wearing while Americans are “outside.”

“Every single American should be wearing a mask when they are outside for the next three months at a minimum,” Biden said.

He did not exempt any age group.

Biden said such a rule has nothing to do with rights, but was “your responsibility as an American.”