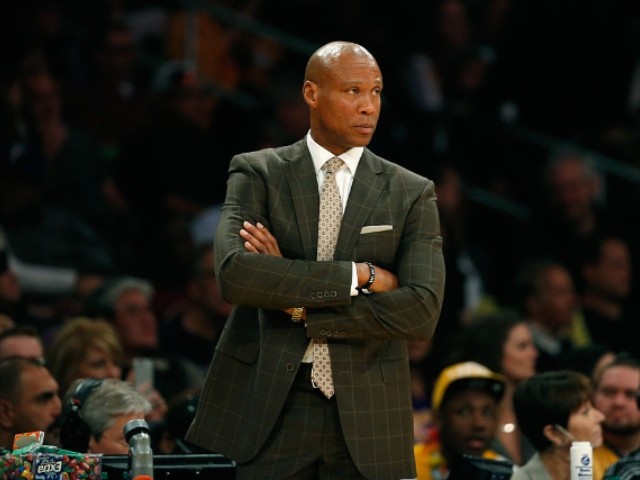 Scott, who coached the Lakers for three seasons starting in 2014, was on the same side of the coin as ESPN’s Stephen A. Smith in thinking that it was a form of white privilege that Steve Nash (who is white) got the nod for the Nets’ top job.

“My first thought was, why didn’t Mark Jackson or some other African-American guys who have coached in this league get an opportunity to at least go and do an interview with the Brooklyn Nets?” Scott told TMZ Sports.

The 56-year-old former player and head coach added that black people “don’t get” those jobs.

Saying that a friend of his had called all upset that Nash got the job over any black applicant, Scott said, “Listen, man, first of all, we don’t get those jobs. When I say ‘we,’ I’m talking about black coaches.”

He continued, saying, “we don’t get those jobs where you have built-in superstardom guys on their roster right away. We get the jobs where you have to make something out of nothing. And then when you don’t, or you’re not able to do it, they’ll say ‘see, we gave them an opportunity.”

Scott also said that rules requiring the interview of black applicants — such as the NFL’s Rooney Rule — would do nothing to get more black coaches hired because teams will just “go through the motions” of interviewing a black applicant but won’t hire one.

To put an end to that cycle, Scott says that the players should rise and demand that ownership begin hiring black coaches. Even as he said he would not want to put all the pressure on the players, he feels they need to speak up anyway.

“Our players don’t do a good enough job for advocating for Black coaches, and that’s just something that we need to change as well,” Scott accused.

He says his success at the L.A. Lakers is a perfect example of that because Kobe Bryant advocated for his hiring as head coach in 2014.