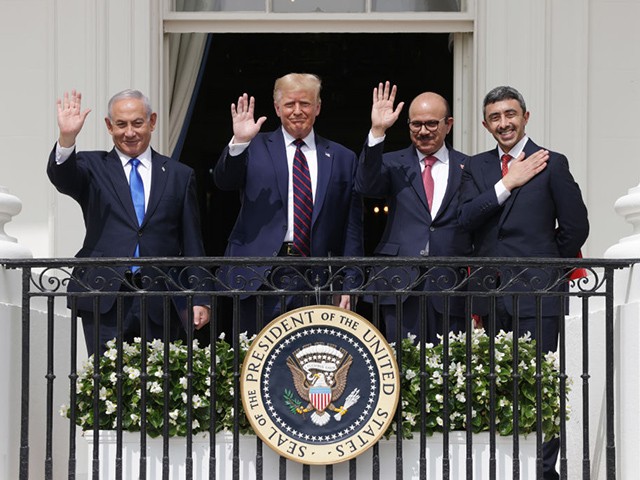 President Donald Trump on Tuesday said that five additional Arab countries were interested in signing a peace deal with Israel.

“We’re very far down the road with five additional countries,” Trump told reporters at the White House during a meeting with Israeli Prime Minister Benjamin Netanyahu.

The president hosted the leaders and representatives of the United Arab Emirates and Bahrain at the White House to sign the peace deal and normalization of relations with Israel, described by the White House as the “Abraham Accords.”

The president said that he could not name the five countries, but cited progress in the negotiations.

He said that some countries would announce their participation before the American presidential election, but others after the election.

“We have a list of who’s who, and they’ll be signing the deal,” Trump said.

He even hinted that Saudi Arabia could sign the accords, telling reporters that their leaders were open to the idea.

In a meeting with the United Arab Emirates foreign minister, Trump spoke about the importance of stopping payment to the Palestinians to ultimately pressure them to pursue peace. He predicted that Iran would also be willing to make a deal with the United States after the election.

“For years you had blood in the sand … now you’re going to have peace and it will be a real peace,” Trump said.

Trump presented Netanyahu with a golden key, thanking him for his efforts to build peace in the Middle East.

Netanyahu said that that the Israeli people would never forget his efforts on behalf of Israel.

“You have a key to the hearts of the people of Israel,” he said.