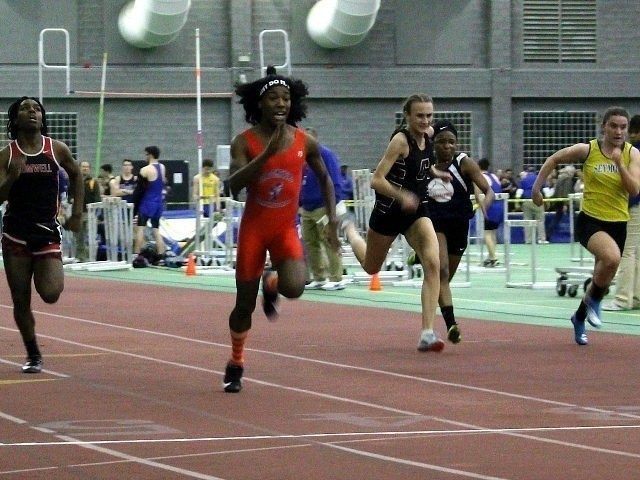 Women athletes, feminists, and Christians have joined forces to speak out about the harm to women that comes from forcing them to compete against biological men who want to live as women, or “transgender women.”

Idaho is the first state to pass a law to protect women athletes, even as colleges vow to embrace men who “identify” as women and who want to compete against women.

But as the debate and legislative and legal maneuvers continue, the debate is growing about giving up fairness to comply with demands for inclusion.

The Economist wrote about the debate heating up in an article that implies approval of the transgender agenda, including interviewing transgender women athletes.

The article said that Esmee Silverman, 18, a biological man who wants to try out for the girls tennis team at his high school after playing for the boys team and starting hormone treatments.

“It’s a big emotional shift going from one team to another,” Silverman said.

The Economist reported on her plight:

Ms. Silverman is fortunate to live in Massachusetts, where transgender students can play sports as the gender with which they identify. Policies on this vary from state to state. While more than a dozen have introduced guidelines like those in Massachusetts, which also allow trans students to shower and change with members of their chosen gender, 11 states have policies that prevent this. Some say birth certificates are the final arbiters of sex; others, that transgender students must first have had gender reassignment surgery (which is generally restricted to over-18-year-olds). As an increasing number of teenagers reject the sex they are born with, these clashing approaches are sparking court cases.

In Idaho, the American Civil Liberties Union is battling a statewide law that bans transgender women and girls from female sports teams. They are representing Lindsay Hecox, a transgender woman who was denied a chance to join the women’s cross-country team at Boise State University. Last month, a federal judge issued a temporary injunction on that law.

In Connecticut, three female high-school athletes are challenging the policy of the state’s interscholastic athletic conference, which allows transgender girls to compete against females. They argue that it violates Title IX, a law passed to protect equal educational opportunities for the sexes, including in sports. In March the civil-rights division of the Department of Education said it did violate Title IX.

The article notes the fact that in Connecticut since 2017 two “transgender athletes” — or biological males — have between them won 15 state championships that were once held by nine different women.

“It is so demoralizing, running for second place,” Alanna Smith, 16,  a highly competitive sprinter and one of the girls challenging the state policy, said in the Economist report. “I worry that women are going to become spectators of their own sports.”

“Though polls suggest that a majority of Americans believe that trans women should not play in women’s sports teams, this is a view that is rarely heard publicly,” the Economist reported.

“Our discussion about this topic is insane—you can’t talk about it at all,” Natasha Chart, a board member of Women’s Liberation Front, said. “You face so much social opprobrium for speaking out that people don’t want to touch it.”