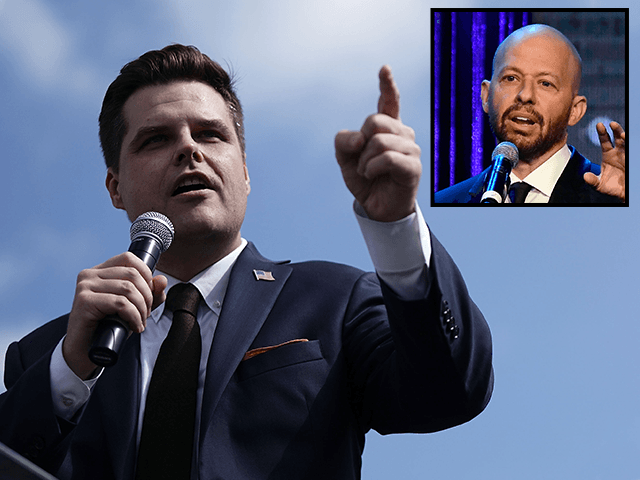 Hollywood actor Jon Cryer picked a fight with Rep. Matt Gaetz (R-FL) on Twitter over the weekend, prompting the congressman to hit back by comparing the actor unfavorably to his former sitcom co-star. “Charlie Sheen totally carried Two and a Half Men,” the congressman replied.

Jon Cryer initiated the dispute by tweeting that he donated money to Rep. Gaetz’s Democratic rival for Florida’s 1st Congressional district. The Hollywood celebrity also accused Rep. Gaetz of inviting a “white supremacist” to the State of the Union address and for endorsing conservative Congressional candidate Laura Loomer, whom the actor called a “sociopathic bigot.”

Rep. @mattgaetz invited a white supremacist to the State of the Union, attempted to intimidate a federal witness, and endorsed a sociopathic bigot who applauded the deaths of migrants for congress.

Charlie Sheen totally carried two and a half men. https://t.co/bNxQ9EegY7

The fight continued with Jon Cryer pointing out that the CBS sitcom continued for four additional years after Sheen’s departure. He also noted that he won an Emmy Award during that period.

And FWIW, this wasn’t meant as a slam on Charlie.

He was undeniably the star of the show. And a fantastic actor. Despite his issues, we had many more highs than lows.

But you can’t say he “carried” a show that lasted four years without him.

Rep. Gaetz hit back again: “What’s an Emmy? An award Hollywood gives itself? I win elections.”

An award Hollywood gives itself?

“We’ll see about that,” Cryer replied.

We’ll see about that.

Your district is heavily republican, but you’re dumb enough to amplify a tweet with a donation link to your opponent.

So it’s gonna be a horse race. https://t.co/Zq1PrWFIeP

Jon Cryer is among Hollywood’s most vocal anti-Trump figures, using his Twitter account to regularly lash out at the president and his supporters. Last month, the Hollywood star made the bizarre claim that President Donald Trump and Republican leaders “regard anyone who isn’t openly, racist, xenophobic and sociopathic as inauthentic.”