By Ciara Farmer For Mailonline

Despite being tipped to chat to the panel on Wednesday, the big cat enthusiast cancelled at the last minute, in a move that came hours after her late husband’s family funded an advertisement during her Dancing With The Stars debut.

Carole caused shockwaves when she signed up to Dancing With The Stars and keen to capitalise on her appearance, her late husband Don Lewis’ family opted to take out an advert seeking information on his alleged murder. 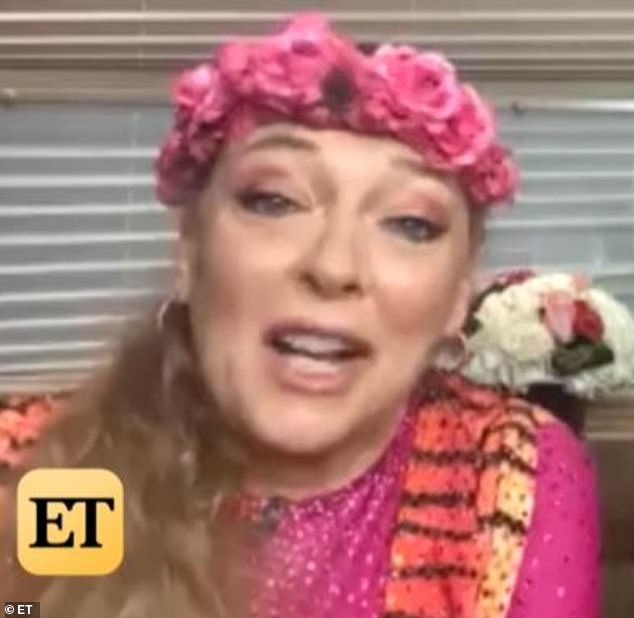 After Tiger King hit Netflix earlier this year, many viewers were intrigued by rumours that she had killed Don and fed him to the big cats in her sanctuary.

Despite incessant denials, the Lewis family used her DWTS debut to air a 50-second clip calling for information about his 1997 disappearance in 1997 and offered a $100,000 reward is being offered for any leads.

Following the advert’s release, Carole said: ‘I haven’t seen it, but I’m not surprised. Spending time worrying about what I’m doing is probably not a really good use of your time’, before she insisted the move was a publicity stunt. 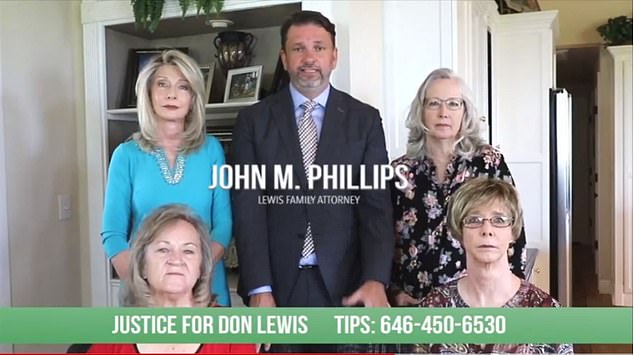 Oh no: Despite being tipped to chat to the panel on Wednesday, the big cat enthusiast cancelled at the last minute, in a move that came hours after her late husband’s family funded an advertisement during her Dancing With The Stars debut

The scandal surrounding the advert led to debate that her reason for cancelling on Loose Women was due to the controversy.

Andrea McLean said on the show: ‘Carole has denied any involvement in husband’s disappearance, he has formally been declared dead, she is now remarried.’

As well as the advert hypothesis, other angry viewers alleged that the producers had merely been drawing in viewers and claimed the incident was ‘a s**t show’.

After the show aired, the panellists reached out to Carole with a video saying they were always there for her if she needs be.

Carole reportedly said: ‘I am so sorry, I screwed up my ever changing schedule, phone of hook with fan support/interviews… I have hours where Dancing With The Stars wants me. That has to be my priority.’

Viewers soon flooded Twitter, writing: ‘Come on @loosewomen Carol Baskin mugged you off big time !! Couldn’t even be bothered to apologise to you… 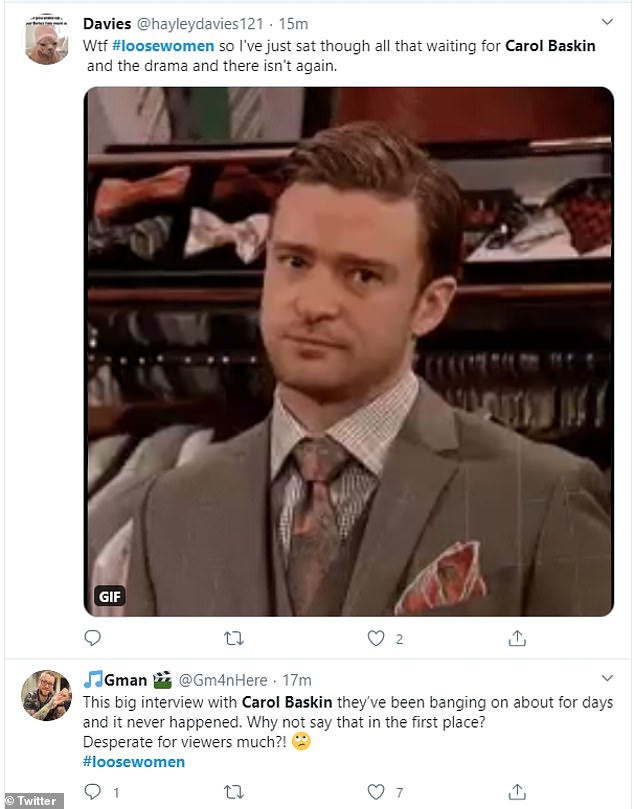 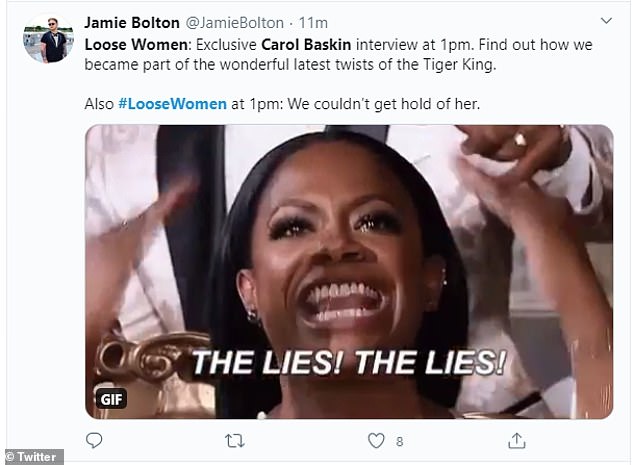 ‘Don’t blame the time difference (she managed to ‘commit’ knowing this), don’t blame an advert we probably weren’t likely to have seen, have some manner… 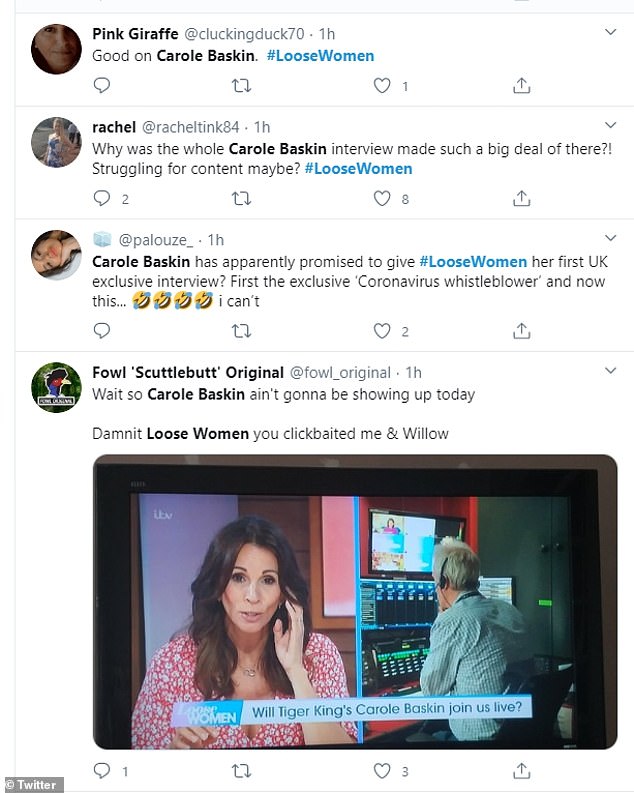 Outrage: Fan flooded social media to comment on the debacle

‘I only turned into this gargabe for the Carole Baskin interview, this show should be axed… Carole Baskin thinks she is too good for #LooseWomen…

‘Carole Baskin has apparently promised to give #LooseWomen her first UK exclusive interview? First the exclusive ‘Coronavirus whistleblower’ and now this.’ [sic]

‘His big interview with Carol Baskin they’ve been banging on about for days and it never happened. Why not say that in the first place? Desperate for viewers much?!’