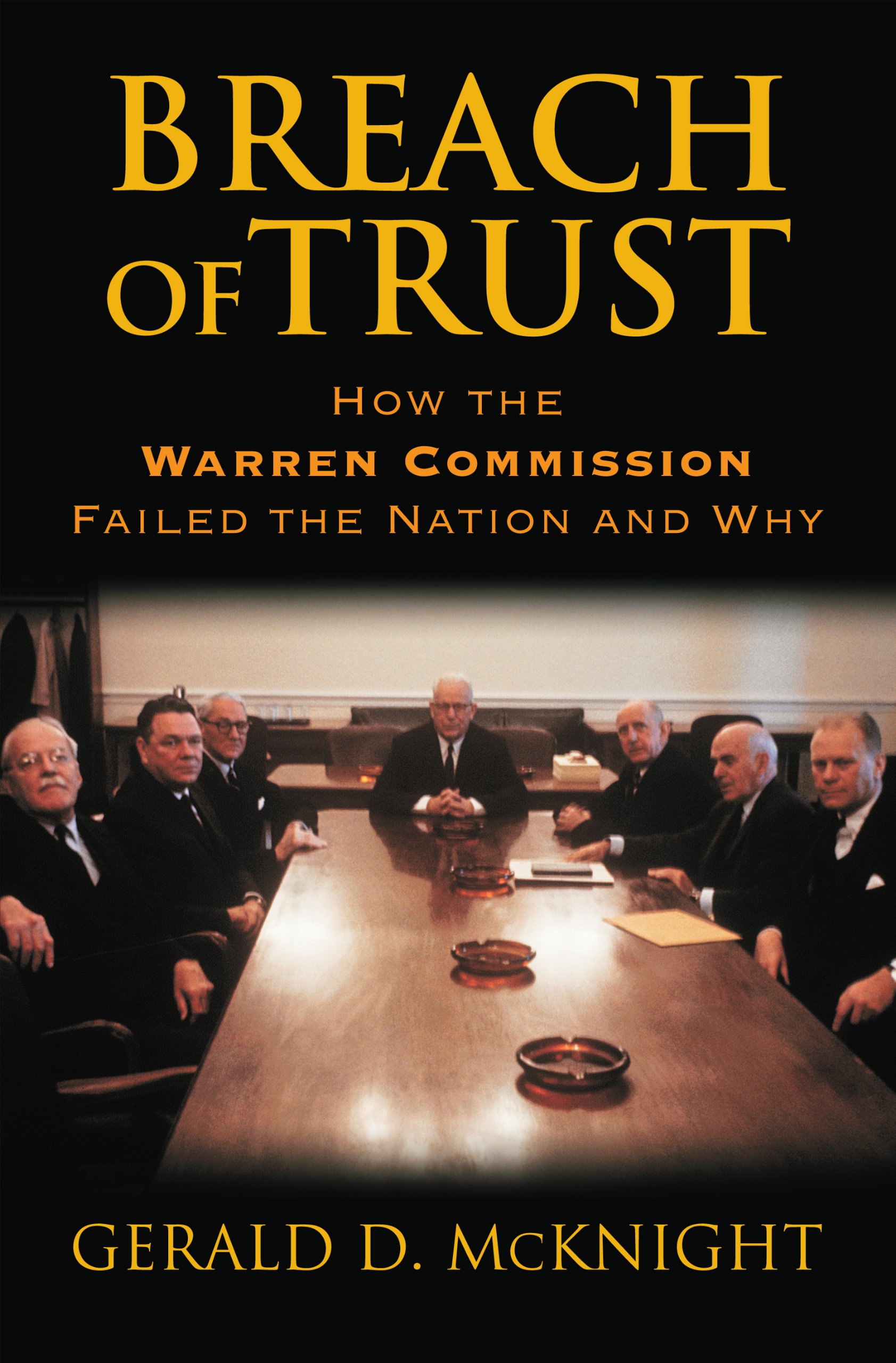 The Warren Commission’s major conclusion was that Lee Harvey Oswald was the “lone assassin” of President John F. Kennedy. Gerald McKnight rebuts that view in a meticulous and devastating dissection of the Commission’s work.

The President’s Commission on the Assassination of President Kennedy was officially established by Executive Order to investigate and determine the facts surrounding JFK’s murder. The Warren Commission, as it became known, produced 26 volumes of hearings and exhibits, more than 17,000 pages of testimony, and a 912-page report. Surely a definitive effort. Not at all, McKnight argues. The Warren Report itself, he contends, was little more than the capstone to a deceptive and shoddily improvised exercise in public relations designed to “prove” that Oswald had acted alone.

McKnight argues that the Commission’s own documents and collected testimony—as well as thousands of other items it never saw, refused to see, or actively suppressed—reveal two conspiracies: the still very murky one surrounding the assassination itself and the official one that covered it up. The cover-up actually began, he reveals, within days of Kennedy’s death, when President Johnson, FBI Director J. Edgar Hoover, and acting Attorney General Nicholas Katzenbach all agreed that any official investigation must reach only one conclusion: Oswald was the assassin.

While McKnight does not uncover any “smoking gun” that identifies the real conspirators, he nevertheless provides the strongest case yet that the Commission was wrong—and knew it. Oswald might have knowingly or unwittingly been involved, but the Commission’s own evidence proves he could not have acted alone.

Based on more than a quarter-million pages of government documents and, for the first time ever, the 50,000 file cards in the Dallas FBI’s “Special Index,” McKnight’s book must now be the starting point for future debate on the assassination.

Among the revelations in Breach of Trust:

The Commission’s evidence was never able to place Oswald at the “sniper’s nest” on the sixth floor at the time of the shooting.

JFK’s official death certificate, signed by his own White House physician and contradicting the Commission’s account of Kennedy’s wounds, was left out of the official record.

The dissenting views of the naval doctors who performed the autopsy and those of the government’s best ballistic experts were kept out of the official report.

Oswald was probably a low-level asset of the FBI or CIA or both.

Commission members Gerald Ford (for the FBI) and Allen Dulles (for the CIA) acted as informers regarding the Commission’s proceedings.