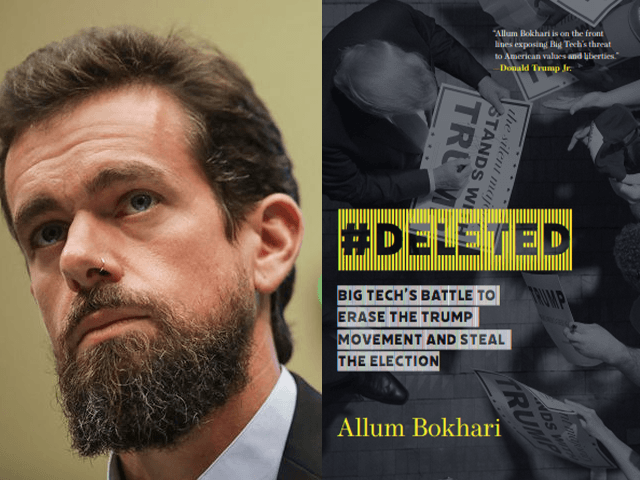 An upcoming bombshell book from Breitbart News investigative reporter Allum Bokhari interviews a source that has worked at both Google and Twitter, who exposes how the AI algorithms used by Big Tech platforms are being trained to target conservatives.

The book, #DELETED: Big Tech’s Battle to Erase the Trump Movement and Steal the Election, will be published by Center Street on September 22, and is currently available for preorder. Sources close to Google and other tech giants say the book will “shake the foundations of Silicon Valley.”

One former Twitter and Google employee, who spent over a decade working in Big Tech companies, spoke to Bokhari about the “quality ranking” that major tech companies assign their users.

This secret score, which has eerie similarities to China’s “social credit” system, is used by tech platforms to determine whether their users are a source of value for the company, or whether they are “abusive,” and a detriment to other users.

The source reveals how the term “abusive,” which previously only applied to non-political behaviors like spamming and the posting of obscene content, has been turned into a tool to train AI algorithms to censor the right.

These algorithms are being taught, by Big Tech’s most anti-Trump employees, that “abusive” behavior includes things like “hate speech,” “misinformation,” the posting of “conspiracy theories,” and other behaviors subject to highly political definitions.

The source also alleges that an account’s “quality” score can be lowered simply by following or sharing material from other accounts considered “abusive,” allowing algorithms to censor entire networks of people at the same time.

The insider goes on to explain how these algorithms are being rolled out across multiple tech platforms, and will result in the wholesale suppression of the Trump movement — just in time for the election.

#DELETED: Big Tech’s Battle to Erase the Trump Movement and Steal the Election hits bookshelves on September 22 and is currently available for preorder at Amazon, Barnes & Noble, and other retailers.